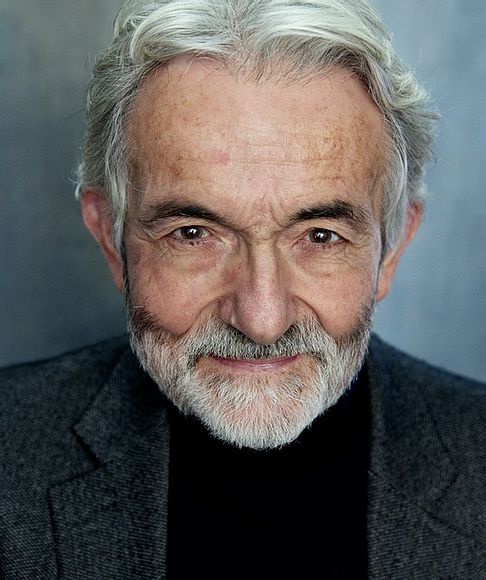 Born in Rome to an Italian father (who died three months before Tim was born) and an English mother, Tim’s first language was Italian. His mother brought him to London when he was six, and he has lived there ever since.

After RADA his extensive theatre and screen career has taken him to New York with Peter Brook’s MARAT SADE, to Athens with Peter Hall’s LYSISTRATA , and all the way to Greenwich with Rupert Goold’s ROMEO AND JULIET.

Real life characters he has played include JESUS twice, once for American television, and in THE COVENTRY MYSTERIES in the ruins of Coventry Cathedral, for Michael Boyd, the poet CONSTANTIN CAVAFY, PETER ABELARD, GALILEO, for BBC television and in Nic Young’s one-man play written for him, PICASSO in Vienna and Hamburg, and most recently THOMAS HARDY in Simon Reade’s ‘A PURE WOMAN’.

For Music Theatre London he has sung the bass roles of Sarastro in THE MAGIC FLUTE, Commendatore in DON GIOVANNI, and Don Magnifico in CENERENTOLA, all over the UK and in Europe.

In addition to JESUS and GALILEO his extensive screen credits include a five month sojourn in EASTENDERS , CAPTAIN CORELLI’s MANDOLIN, CASUALTY 1909, and THE WIFE OF BATH, where, as a suave consultant, he was very happy to inject Julie Walters with a large dose of botox..

While being used to working in a hugely over-crowded profession, Tim’s visits to his local for the football give him the feeling he is the lone Wolves supporter in London!

“Tim Hardy gives a delightfully calm and serene performance as a highly credible Sigmund Freud, not without some wit”