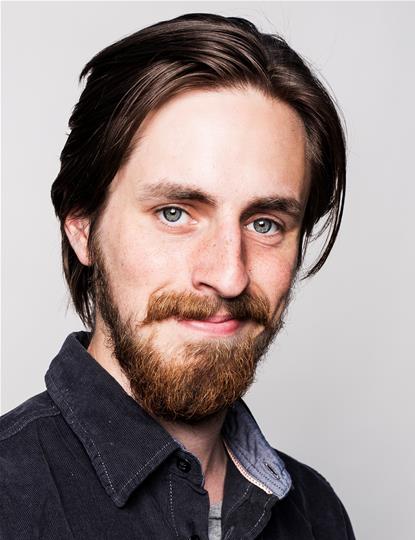 Øystein Schiefloe Kanestrøm is originally from Verdal in Norway, and graduated in 2017 with a BA Acting from The Royal Conservatoire of Scotland in Glasgow. Before this he studied drama and theatre studies for two years at Norwegian University of Science and Technology and has had a background in local theatre in both Verdal and Trondheim.

TINNSOLDATEN (The Tin Soldier), in which Øystein starred as the lead, was shown at Cannes Film Festival at the Short Film Corner in 2015. He also starred in and was the narrator for the titular character in the short film BAGSY, which was nominated for Best Fictional Film at the Amandus Festival the same year.

Whilst training, his roles ranged from a feral 'Caliban' in THE TEMPEST to Gerda's protective Reindeer in THE SNOW QUEEN - for both of which roles he attracted stand-out reviews.

Since graduation, Øystein's credits include THE INNOCENTS Netflix series and 'Nidhoggr' in PANTHER (working title) video game for SIDE studios. In March 2019 Øystein will begin rehearsals for INTEMPERANCE in a leading role, for the New Vic Theatre.

We should mention that Øystein is a brilliant player of spoons.

“This is Kanestrom's show, however, as he comes out snarling as a feral, shaven-headed Caliban, off the leash and gorging on every new experience he can.”