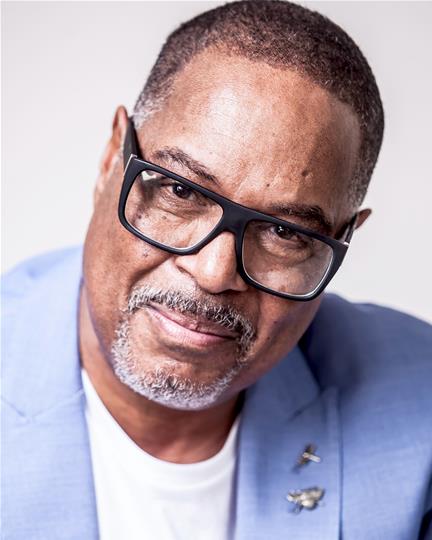 Born in Chicago Maurey has been on stages worldwide from Los Angeles to Abu Dhabi. He began singing in small nightclubs in Los Angeles where he was spotted by The William Blake Agency and began doing dinner theatre and nightclubs across the U.S. While performing in Honolulu, Hawaii he was offered an extended engagement in England. His personal management also had American singing group THE PLATTERS as clients and following a original members departure he joined the group and toured extensively In America and Europe.

After many years with the group and during one of the breaks in touring, Maurey was offered a role in the musical AIN'T MISBEHAVIN' for the Library Theatre Manchester. A UK tour of the show followed as well as a season at Theatre Royal Norwich. Maurey soon developed a love for theatre and was cast in the original production of CARMEN JONES at the Old Vic theatre, Further West End shows followed including BUDDY, STARLIGHT EXPRESS and PORGY AND BESS, the latter two directed by Sir Trevor Nunn.

To realise a lifetime ambition Maurey moved to Paris and founded his own Jazz Sextet and toured France, Italy and Spain with two albums recorded.

After returning to the UK Maurey decided to take a break from musical theatre and concentrate on acting roles.   In 2019 he was cast in the role of Hoke in the Theatre Royal York production of DRIVING MISS DAISY directed by the innovative Suzann Mclean. Almost immediately following Maurey was offered the understudy to the two lead roles of Willy and Ben Loman in Marianne Elliot and Miranda Cromwell's ground breaking West End production of DEATH OF A SALESMAN.