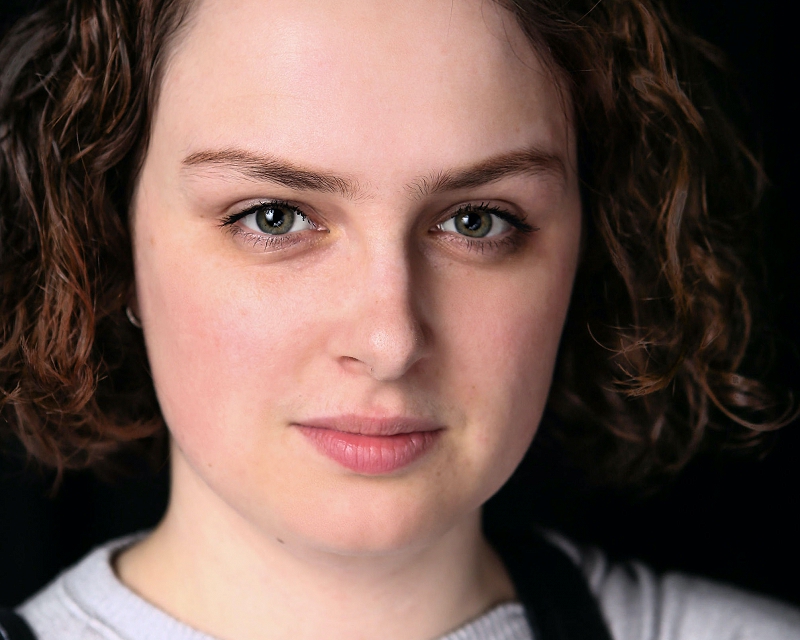 Leah is from Merseyside and graduated from Rose Bruford in 2020 with a BA Cons in Actor-Musicianship.   She plays a number of instruments including:  piano, saxophone (baritone, tenor, alto and soprano) flute, clarinet, accordion, guitar and more.   Leah has composed music for and musically directed several productions and hope to get her masters in musical direction in the future.

At drama school, Leah played a diversity of roles from 'Romeo' in a same-sex production of Shakespeare's ROMEO AND JULIET to 'Irina' in a promenade performance of Chekhov's THREE SISTERS.  Outside of Bruford, she has had the pleasure of portraying strong female characters such as 'Lady Macbeth' and 'Elizabeth Proctor' with theatre companies in the North West.  Leah also played 'Medea' in a physical theatre Berkovian adaptation of Euripides' play at the Edinburgh Fringe Festival.

Leah is currently making her debut with the r+d for FIB, the latest production of Kimbo Theatre - a North West-based company specialising in new work.