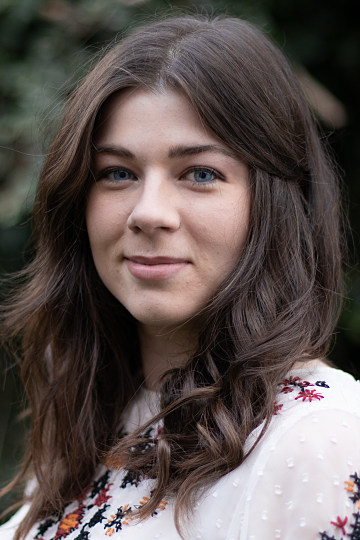 Grace is from a small village outside of Birmingham though shares some roots in Scotland where her dad was born. She spent three years at the University of Warwick securing a degree in English and Theatre. After she graduated she trained at the Royal Birmingham Conservatoire on a MA Acting course where she achieved distinction.

During her time there she has written, directed and performed her own show;

“The Witches of Pendle Hill” as well as performing in Michael Wynne’s ‘Canvas’, and Shakespeare’s ‘Julius Caesar’ as Portia.

Her training has given her lots of practice on the stage, in front of a camera and in a radio booth.