Andrew became a theatre impresario fifty years ago when he persuaded the cashier in his Dad’s legal firm to write me him a play inspired by the live canons exploding in Tchaikovsky’s 1812 Overture. He cast the play, took the lead, put out the chairs in his parents back garden and sold the tickets to people in their street.

Nothing much changes, though his acclaimed solo show MR DARWINS TREE recently toured the US and fortunately he didn’t have to put the chairs out for that one!

Andrew has been perilously close to getting ordained once or twice but he is now content to search for truth, integrity and accessibility in the multiplicity of roles he has created (see Spotlight CV) in all disciplines for the past 35 years.

Highlights have included THE GEORGE W TRILOGY in the West End, SUMMER IN TRANSYLVANIA tv series (as the vampire headmaster) and THE ALCHEMIST at Belgrade Theatre Coventry amongst many others.

“..impressive dexterity between characters...Harrison plays not only himself and Darwin, but almost every person Darwin encounters in the play. His capability to transform into characters and not caricatures must be commended; his emotional manipulation of the audience is outstanding” 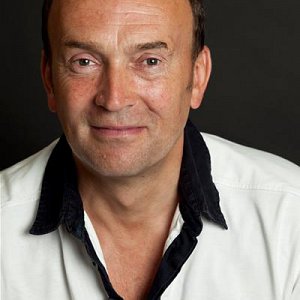