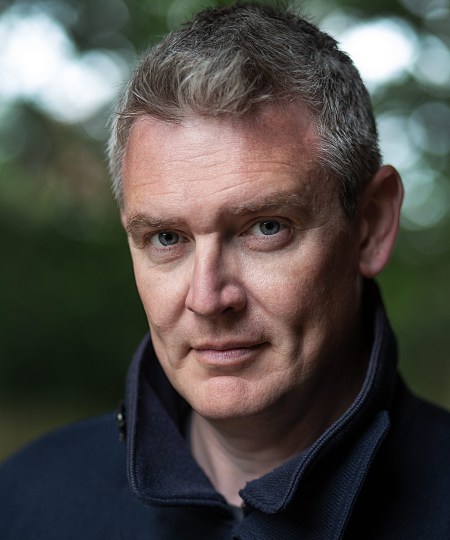 Steve was born in East London and trained with the Arc Theatre ensemble and has been working in theatre and television for over 20 years. A tall, broad-shouldered presence, he has played a number of detectives and is also extremely suitable for ‘fantasy’ and ‘historical’ series as well as roles requiring strong emotional content.

In the West End, Steve was in both PLAGUE OVER ENGLAND and BLOOD BROTHERS and played in MOTORTOWN (Royal Court) HOW TO DISAPPEAR COMPLETELY AND NEVER BE FOUND (Sheffield Crucible) ANIMAL FARM (Peter Hall Company) and MOTHER COURAGE (Watford Palace Theatre) amongst others.

On tv Steve had the semi-reg 3-year role of D.I. Grimwood in EASTENDERS and roles in INJUSTICE, LAW AND ORDER UK, MICHAEL SPICER’S TOP 10 INTERVIEW TIPS as well as being popular for commercials including AVIVA, AUNT BESSIE’S, CO-OP FOOD.

Steve has lent his vocal talent to various DR WHO audio stories for Big Finish Productions.