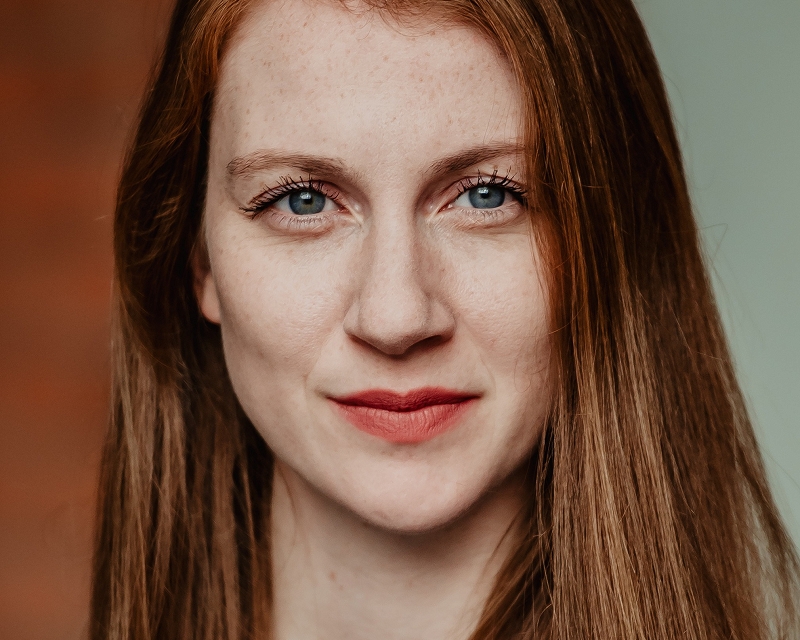 Louise is an actor from Belfast. She trained at Royal Holloway, University of London and The Acting Studio in New York. On screen she can be seen in BBC Three’s comedy-horror Wreck and as a guest lead in the upcoming BBC One series Blue Lights. For stage she has been lucky to work with many of the companies in Northern Ireland including Kabosh, Big Telly, The Lyric Theatre and GBL Productions.

Louise is an experienced voiceover artist and has worked on numerous productions for BBC Radio 4 including award-winning series The Northern Bank Job. She has also lent her voice to campaigns for clients including Aer Lingus, Ulster Bank and Queen’s University.

As a writer her short films include Weird Sister (BBC Two Minute Masterpiece) and Wavelengths (East Side Arts Festival). Writing for radio includes an adaptation of Kate Mansfield’s A Pair of Silk Stockings which was broadcast on Radio Ulster and Personal Space which was commissioned for NI Mental Health Arts Festival. For theatre she has written for Threes Theatre Company and Pintsized Productions.